I created this project as part of the Advanced Graphic Design course at RMIT.
I designed an app that helps customers create their own unique fragrance and, in addition; discover new scents which they have not yet encountered.
The Discovery of new scents has the capacity to elicit a strong emotional response as well as immense joy. I therefore believe that creating one’s own unique scent will bring great satisfaction ad a unique experience to users.

The potential obstacle is uUsers can’t test or smell the scents through their devices. I am therefore required to generate a solution that might solve this obstacle. I am also required to guide the customer while they create their perfume, to ensure they will be satisfied with the result of their creation.

My key aims in the user interface design are: 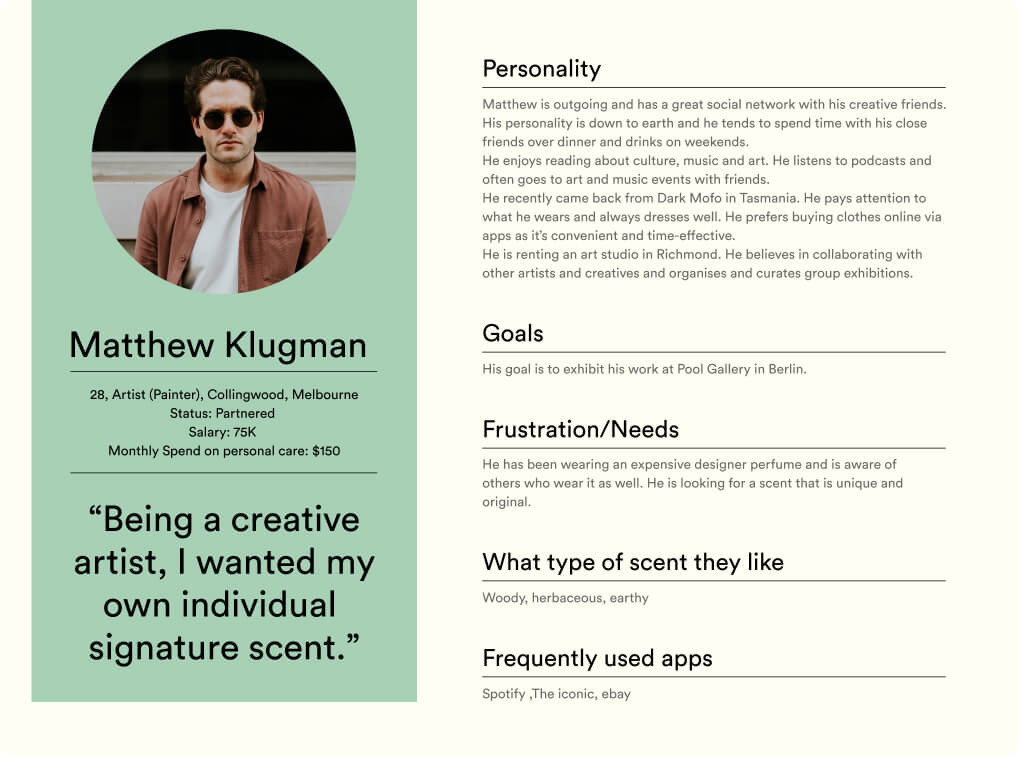 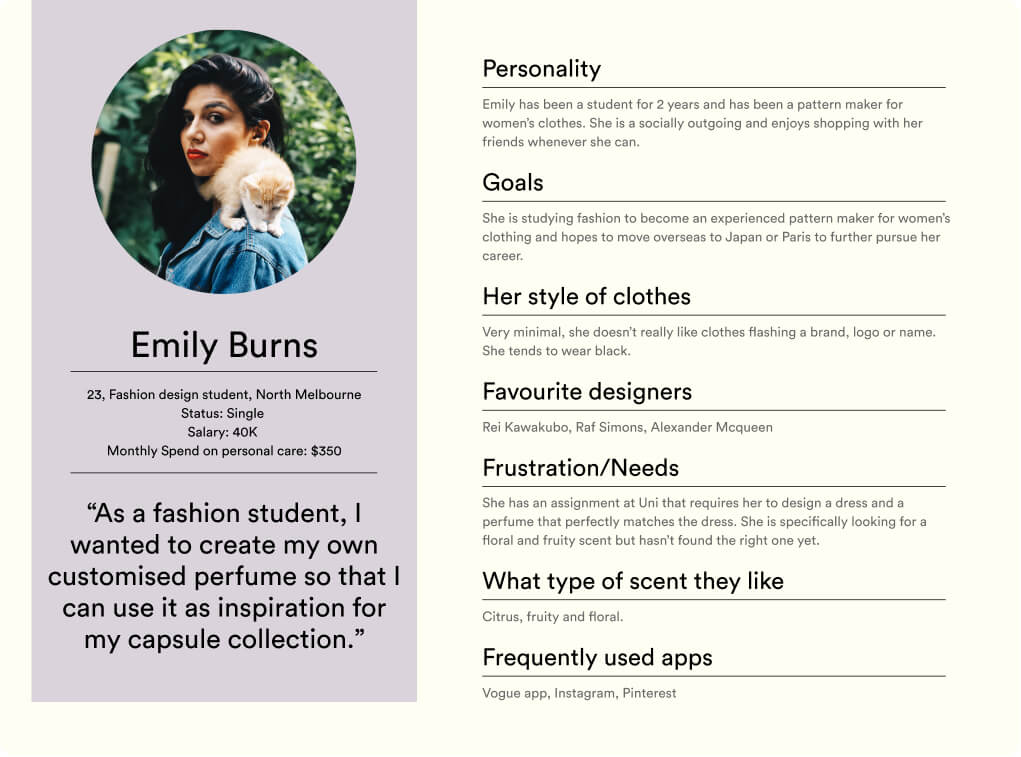 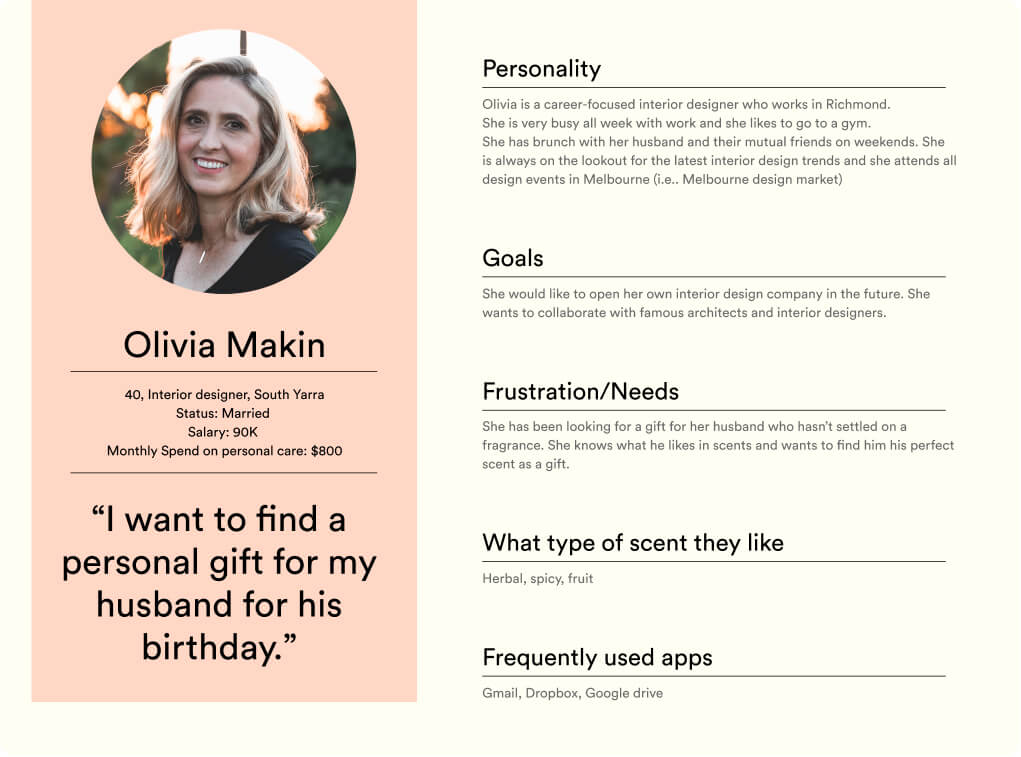 Emily is a fashion student. One of her uni assignments required her to design a dress, besides a perfume to go with. She has a rough idea of what scent she wants but hasn’t found one yet.

Olivia is in search of a perfect perfume for her husband and hasn’t found one that she thinks her husband would like. Her husband is a unique guy but doesn’t like expensive brand perfumes. Olivia knows what type of scents suit her husband so she decided to create a perfume as a special gift.

After the discovery process I selected main 3 brand attributes for this app design.

I do not own any of these photos. please note that all images and copyrights belong to their original owners. no copyright infringement intended. 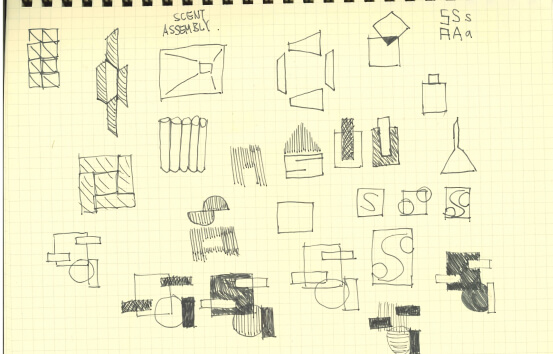 During the logo design process, I was immensely influenced by Aesop’s branding and how the company successfully incorporated beautiful elements of interior architecture and design inside their stores, by teaming up with celebrated architects and interior designers. As my research progressed, I began to discover that a number of fashion brands implemented elements of architecture and interior design in their work.

This can be seen directly in the outfits designed by Craig Green (Fall collection 2013–2014), which featured architectural structures; also seen in the materials that comprised the perfume bottle designs of Comme de Garcons. I had an idea for creating a brand logo influenced by architectural design elements such as geometric shapes, tiles and wooden lines on the wall. I imagined the idea would suggest the contemporary and stylish flair to the brand. I also thought the idea would suit my target audience, focusing on creative and open-minded professionals in the age of 20s to late 40s.

I placed a square at the top left, with two bars crossing to create the initials of the brand, ‘S’ shape. On the lower right, I placed a circle to demonstrate a counter shape of the letter ‘a’ and placing a bar next to it, emphasising the shape of the letterform. Overall, by combining the logo with architectural and design elements I conveyed the idea of modernity, creativity and uniqueness. 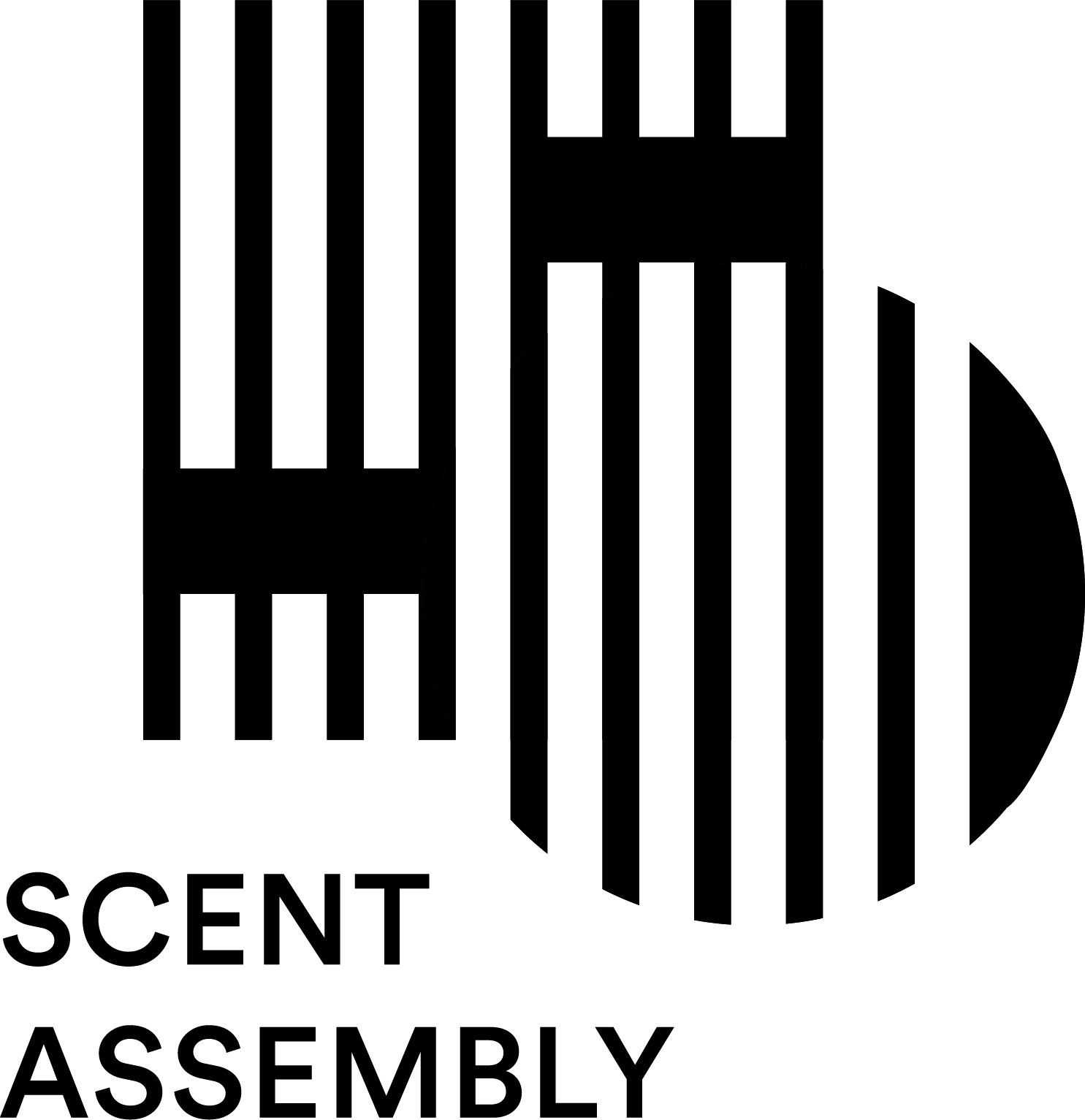 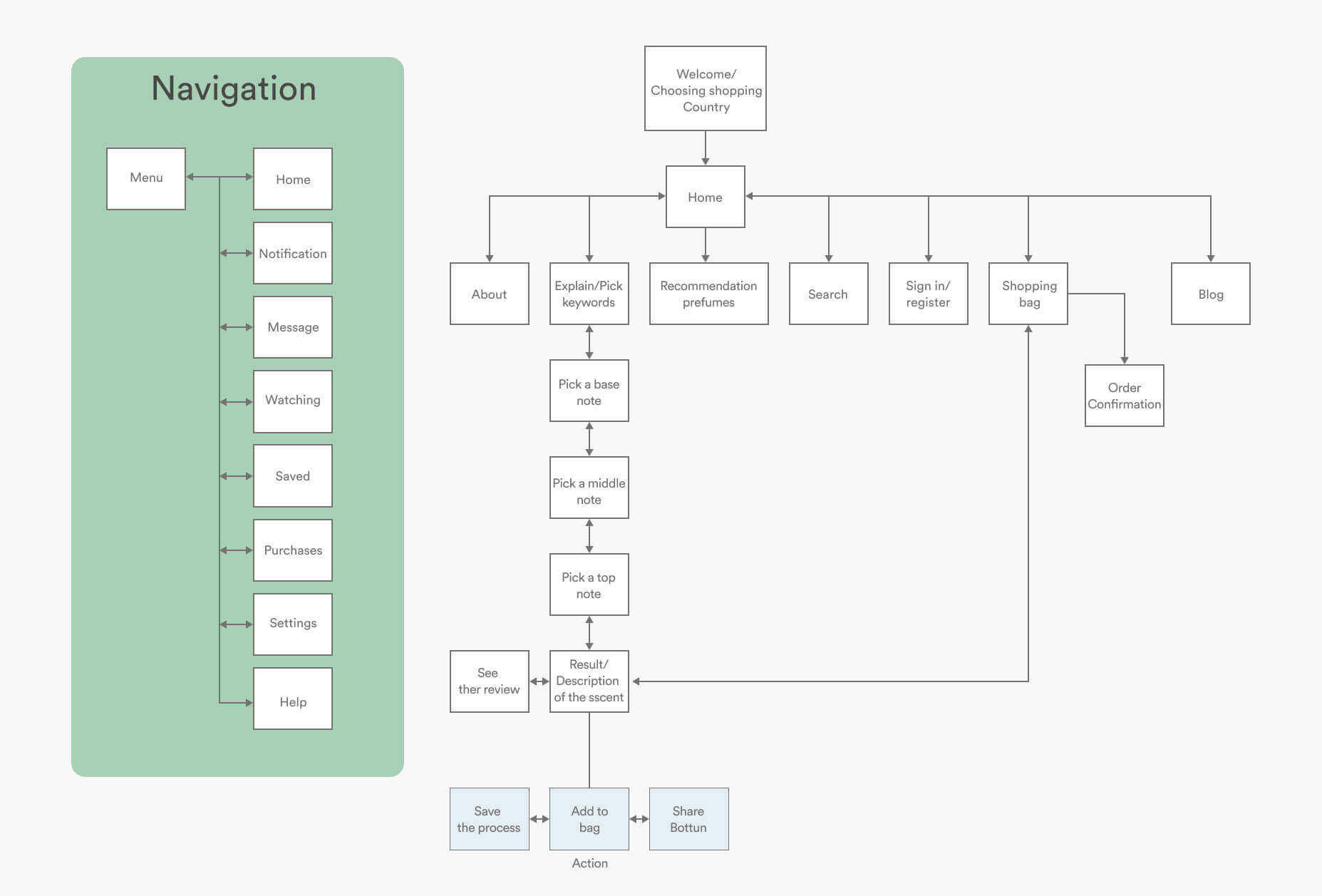 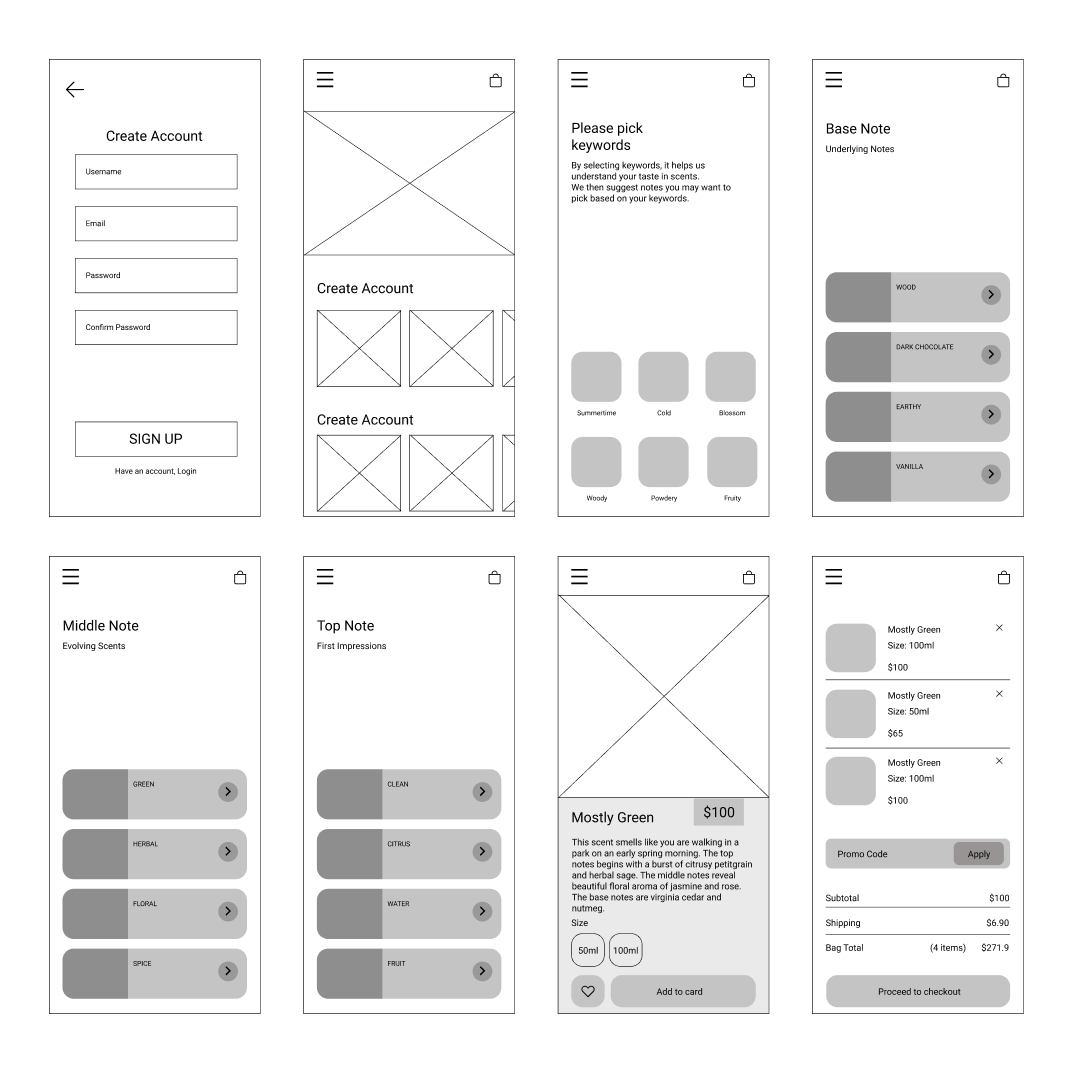 This is a style guide for Scent Assembly brand and mobile application. This style guide contains colors, typography, buttons, icons. 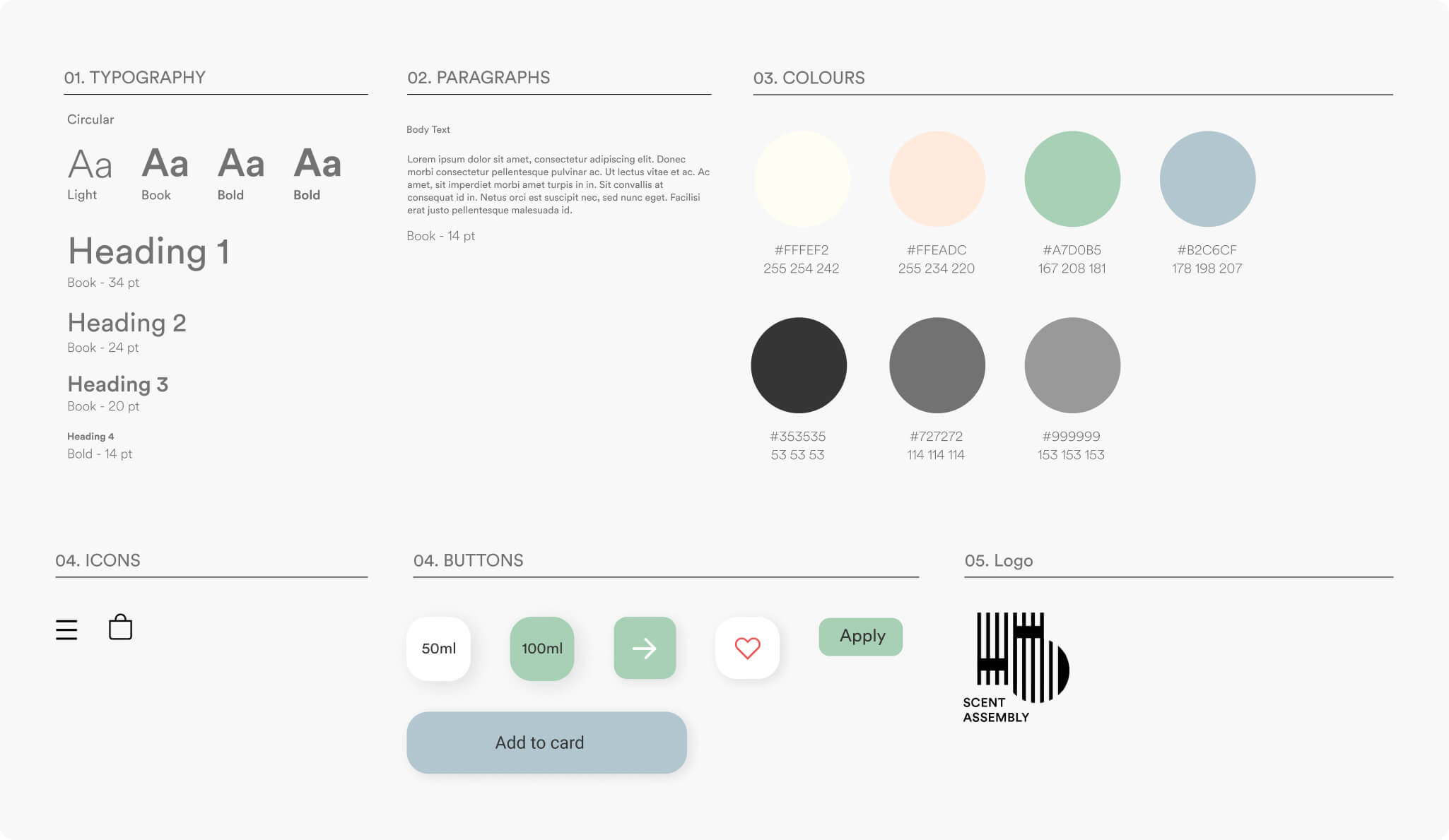 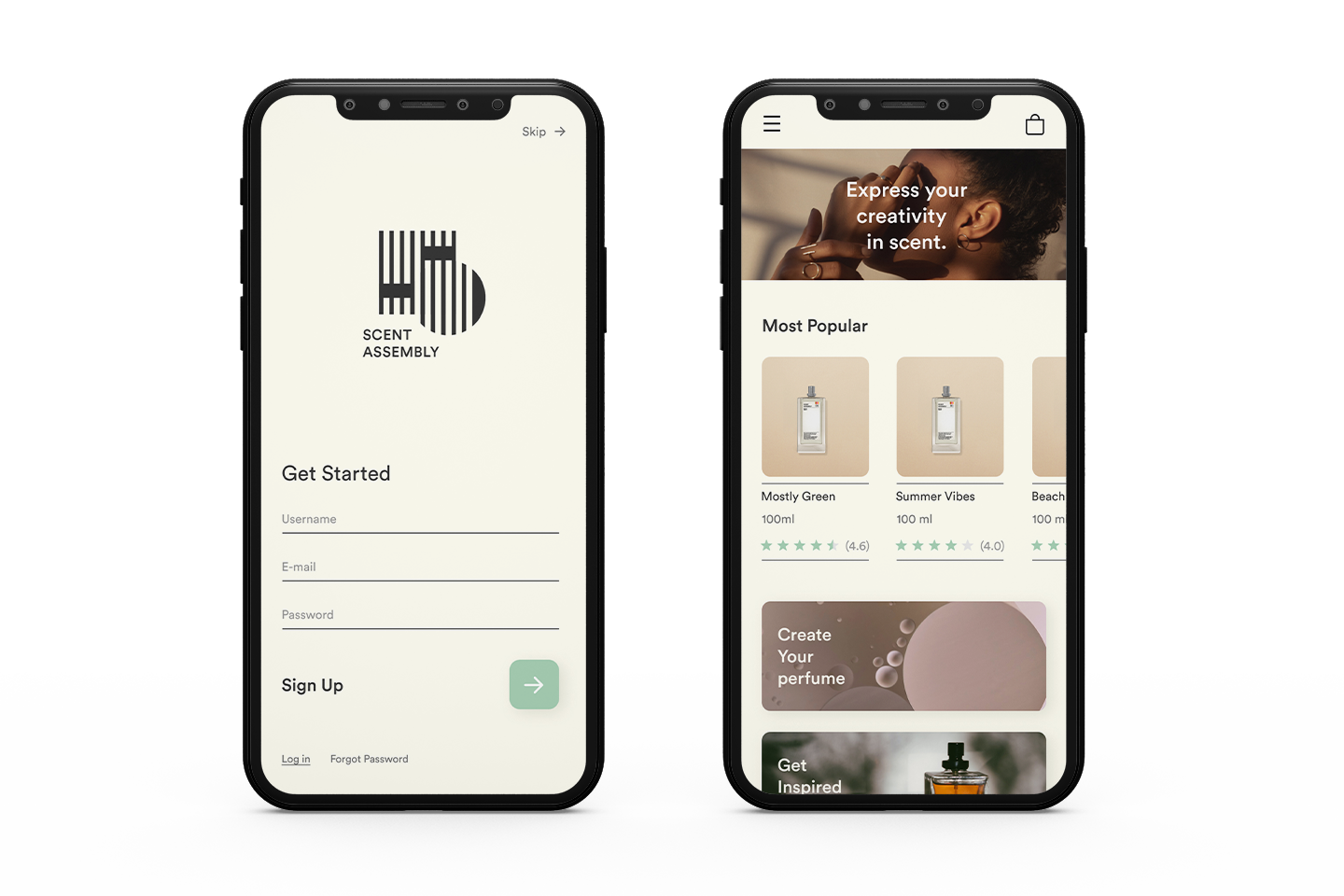 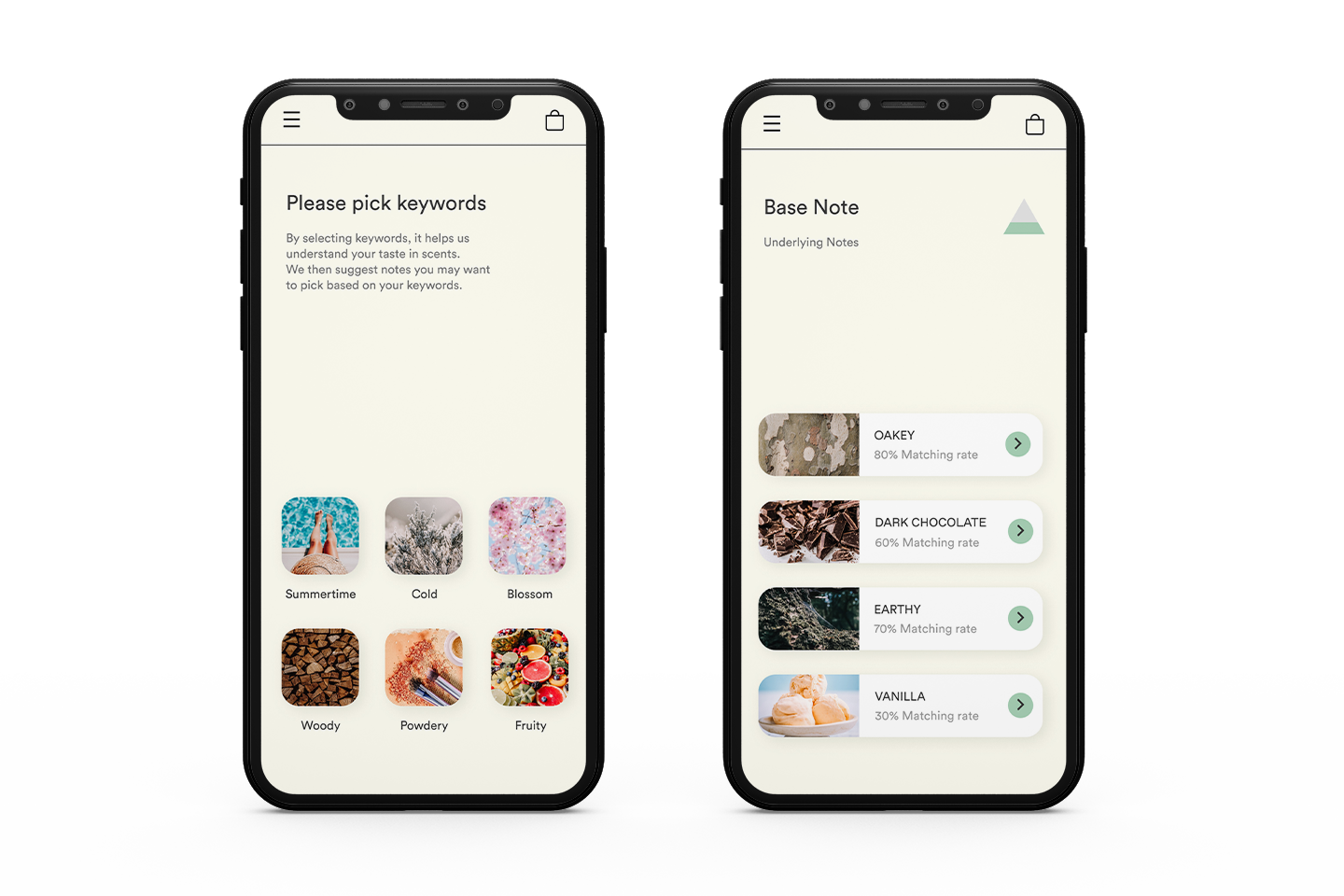 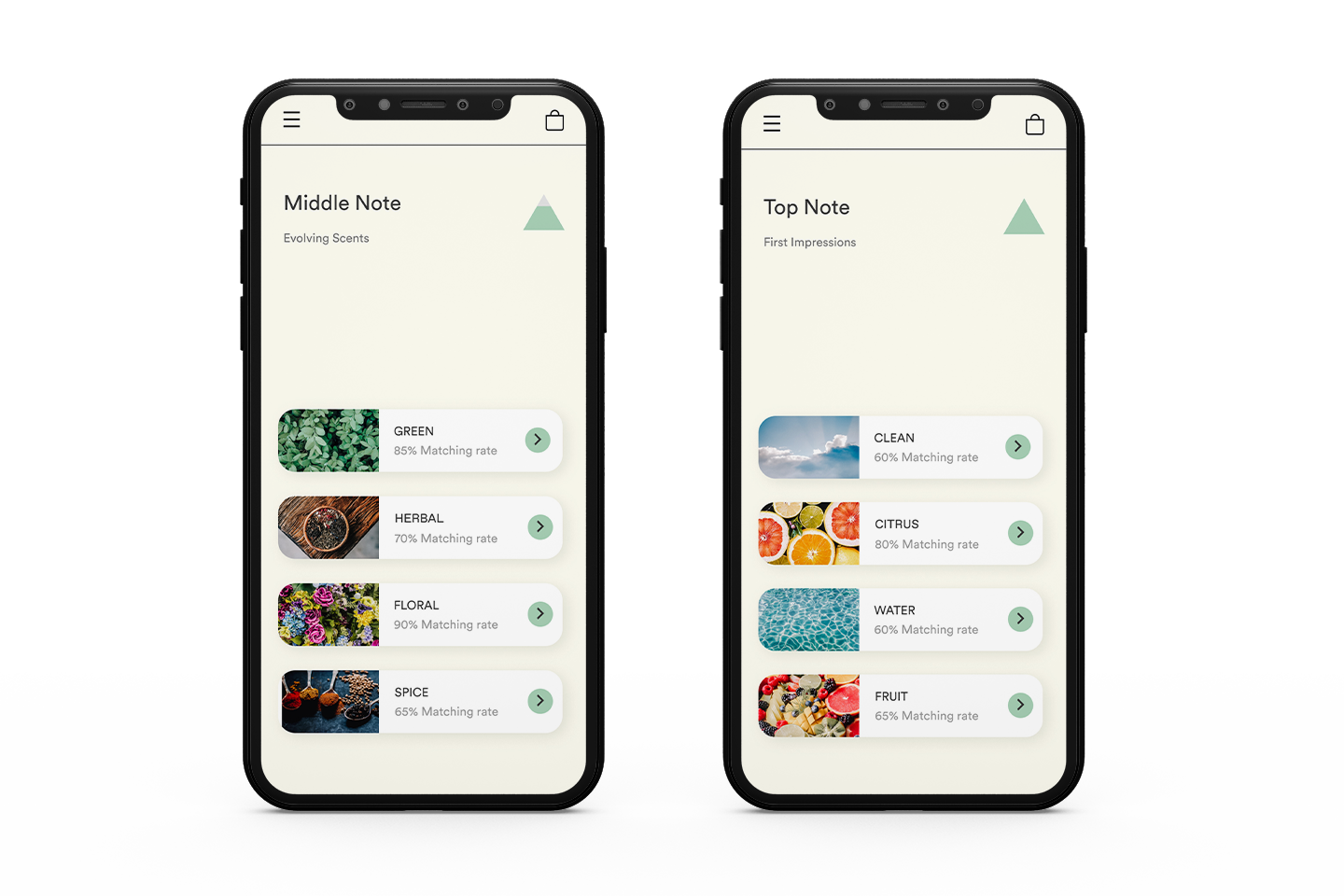 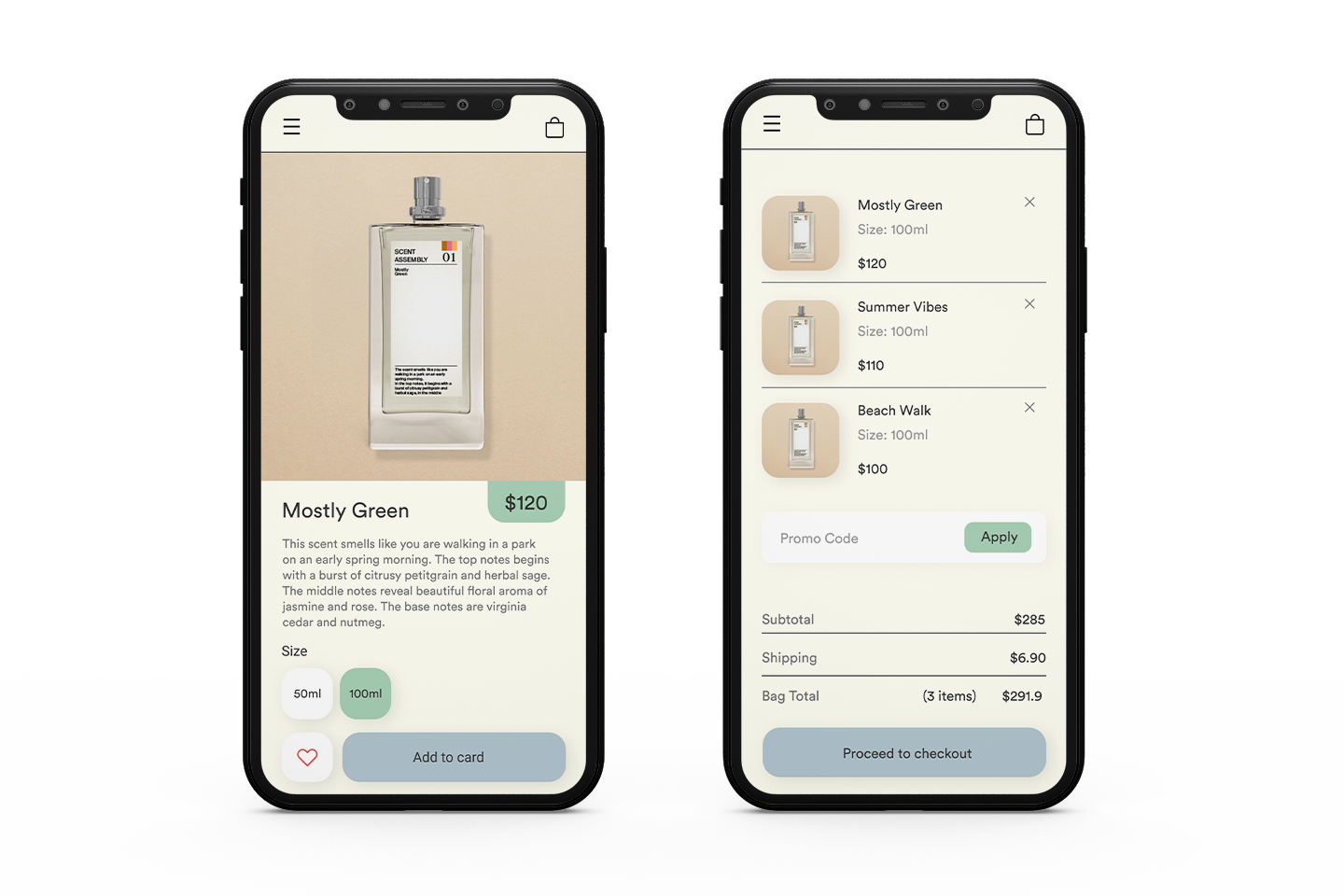 Inkukami is a Melbourne Stationary brand inspired by minimal Japaneseaesthetic design.
I had a opportunity to create a brand identity design for the brand.

Each logo design has certain aspects that bring unique challenges for consideration to the creative process. In this case, will focus on the following points:

To address the key points, I have developed the following based on requirements:

One of the brand values, vision which has the meaning of an idea or a mental image of something. I researched basic symbology to understand the relevant and simplest forms for vision and imagination.
A circle shape in a logo can suggest community, friendship, connection, relationships, and unity. By implementing the circle shape, it will serve as a reflection of one of the brand missions: creating a connection between papers and crafted products.

The rectangle shape representing one of the essential stationary materials: Paper. A rectangle shape in a logo can also translate to a sense of confidence and stability which offers a great analogy of trusted inkuco products. 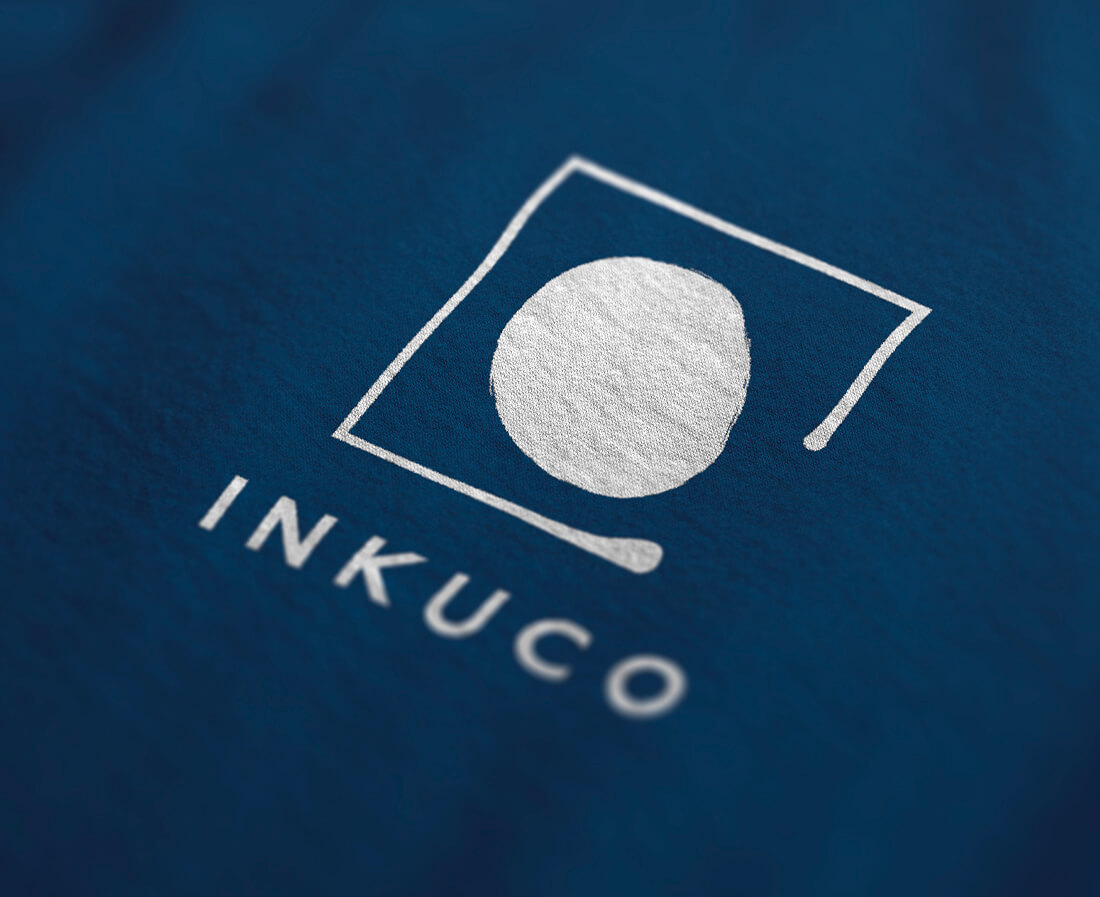 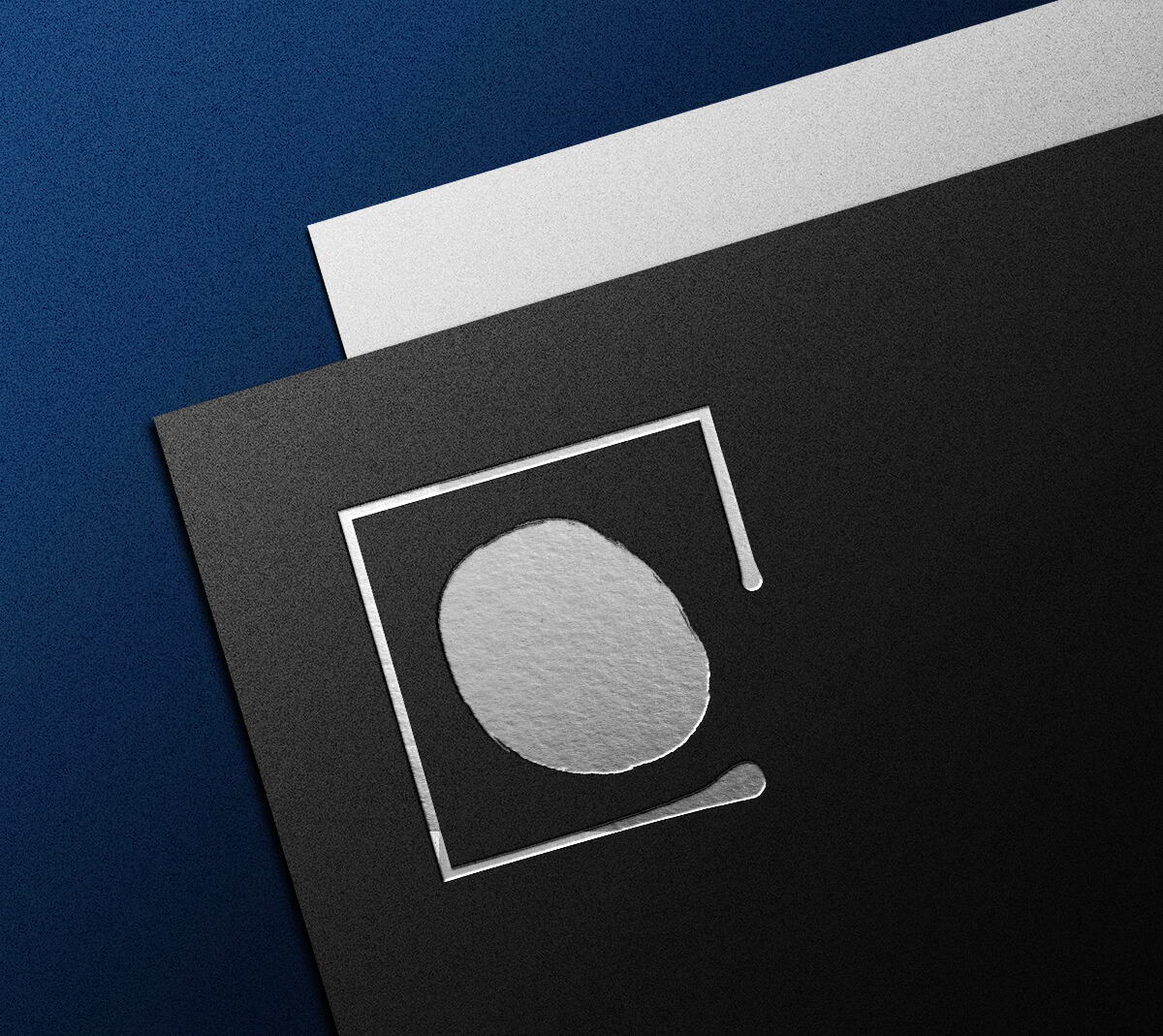 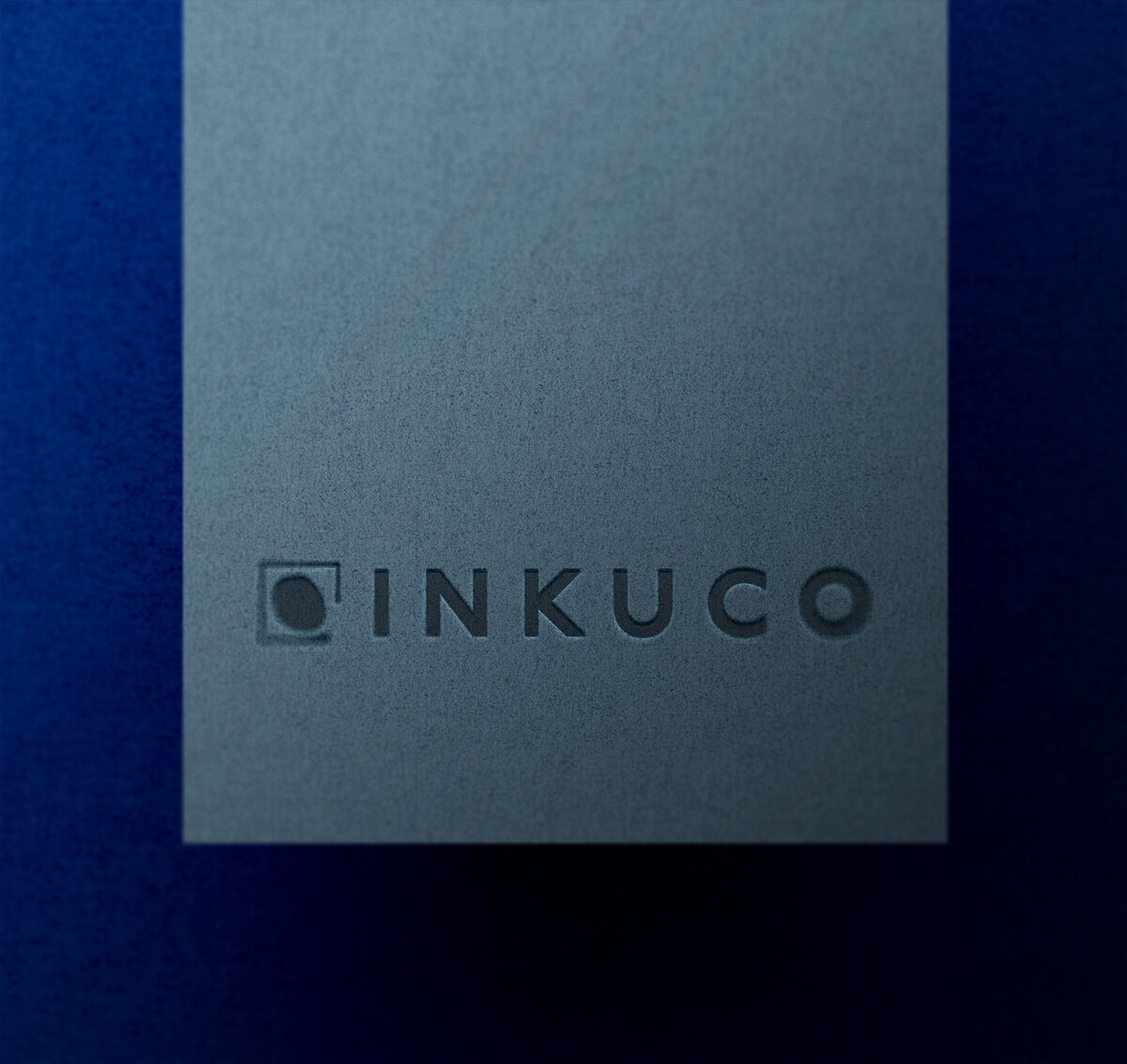 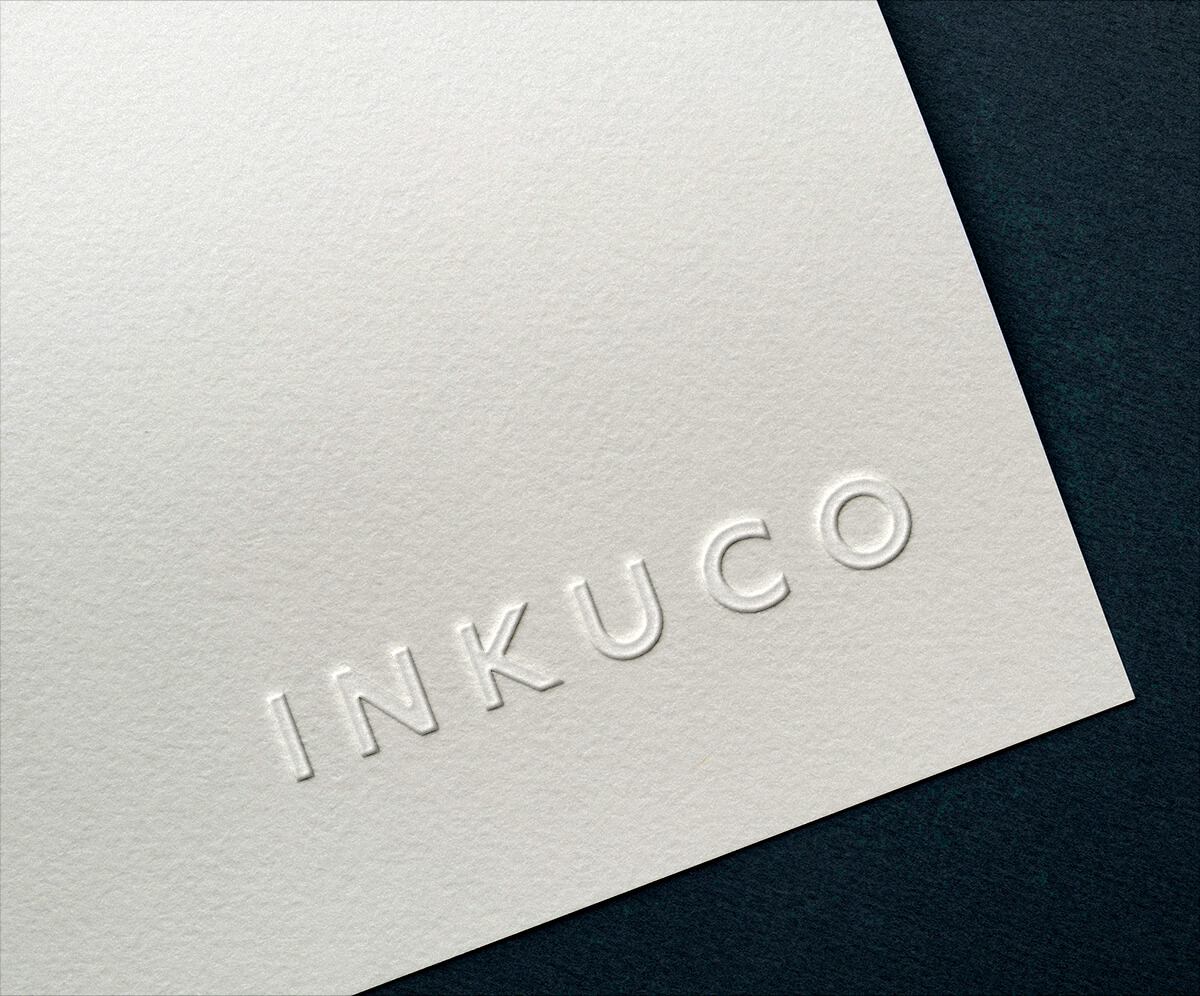 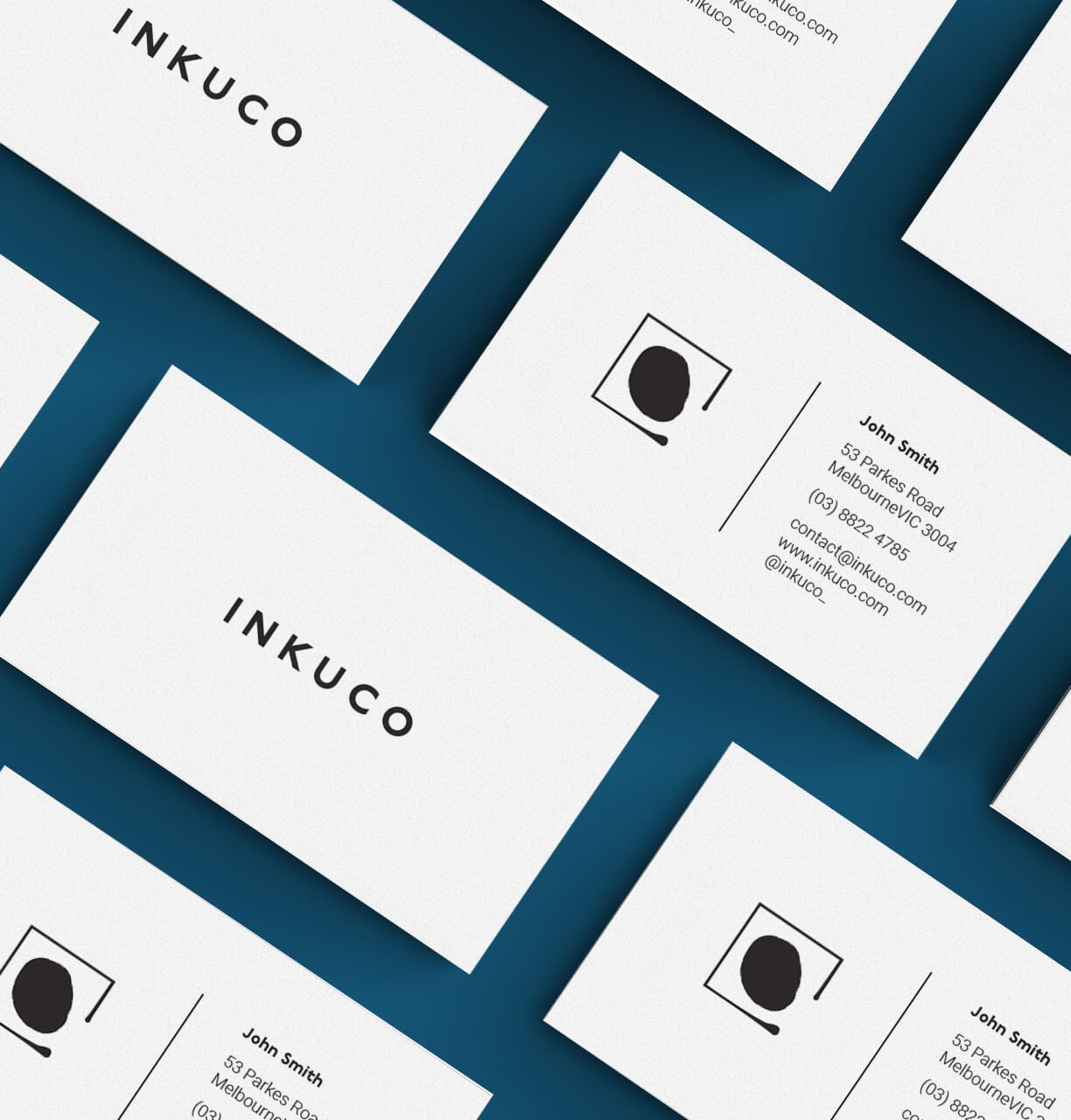 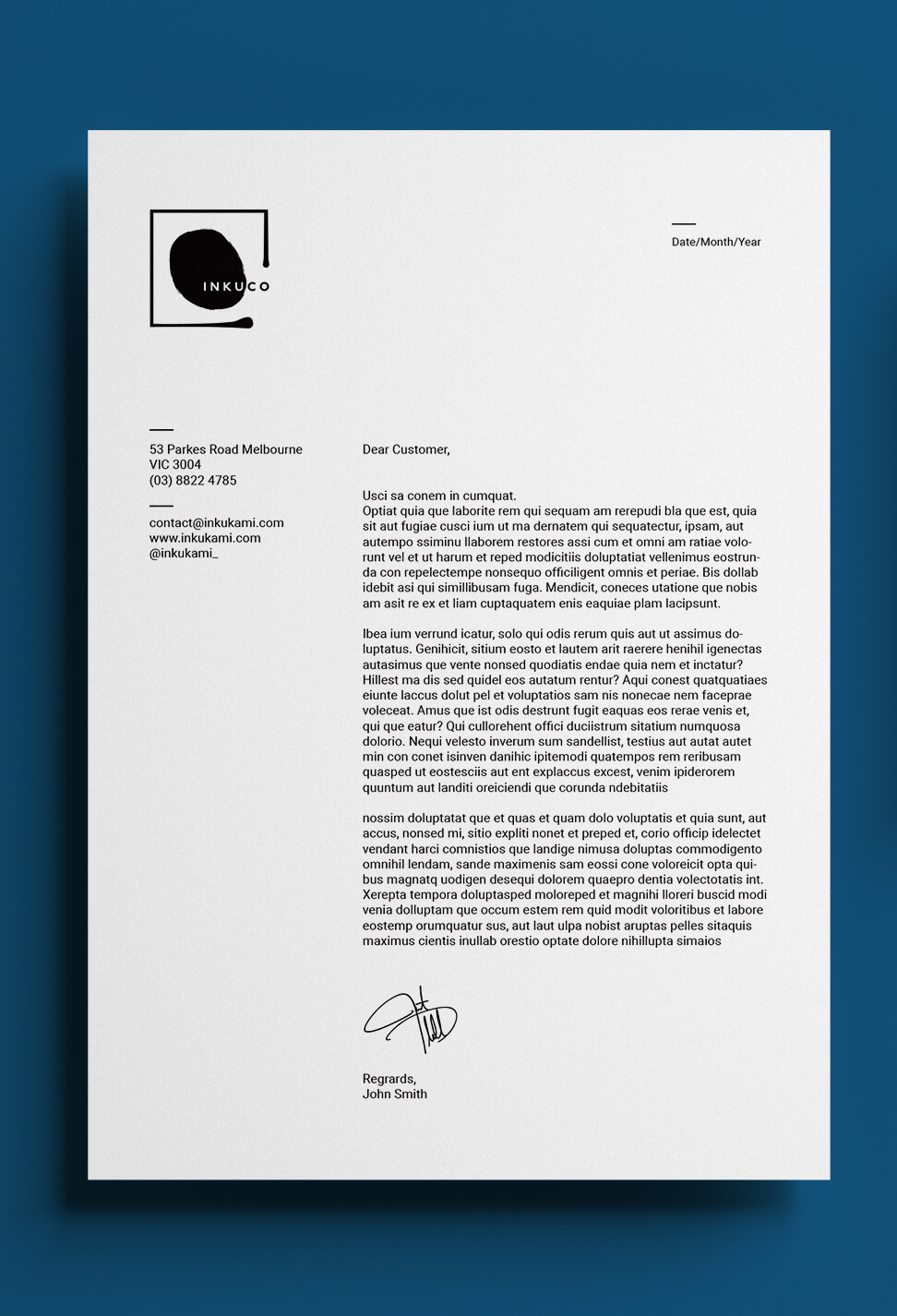 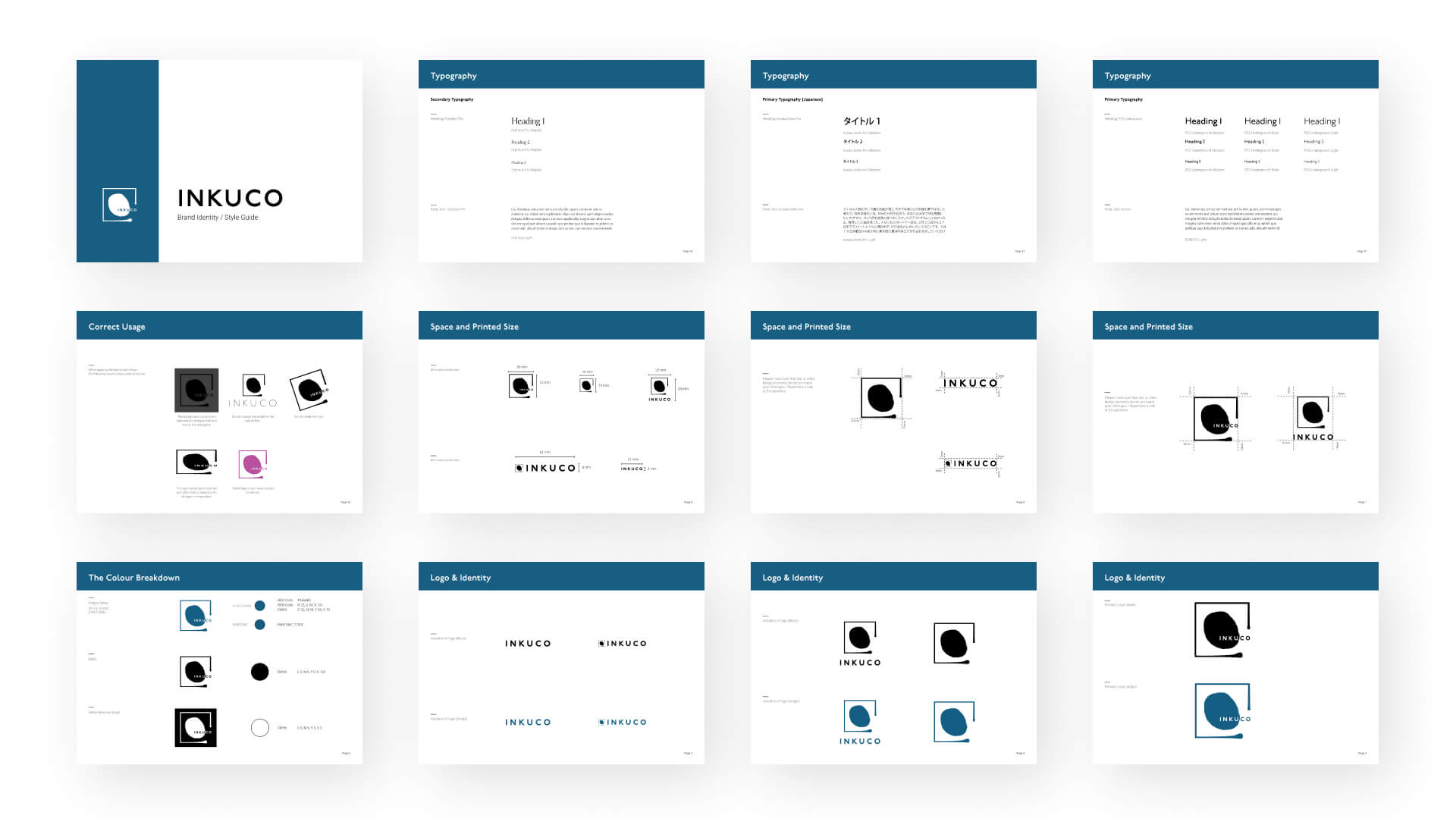 This is a self-initiated project to redesign RMIT’s ‘Pleasure’ exhibition identity.

Designing and incorporating graphic elements that denote the human body, which was themed and adopted in artworks
Achieve an expressive design to reflect the exhibition's attributes; provocative, flamboyant, and outrageous 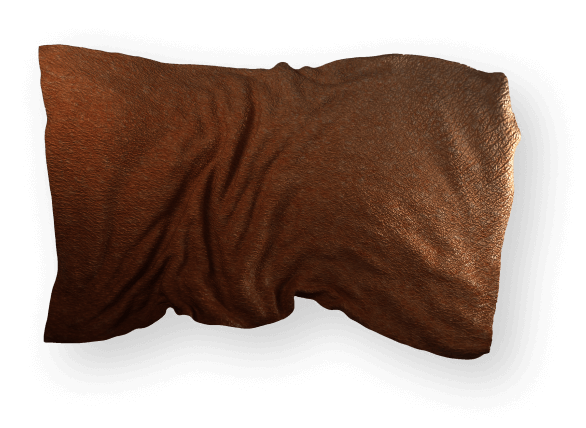 Well, I am glad you asked!
I've been a massive fan of a London-based artist, Jesse Kanda's work. His work employs a unique balance of beauty and the grotesque.
I came up with the idea of creating a 3D waving flag with a skin-like texture that gives the quality of sensuality and eeriness.
Additionally, Flags are symbolic of national identity, I thought incorporating the 3d element would be aligned with artists' practice: expressing their identity through their artworks.
I used 3D software, Cinema 4D to create this element.

My design process starts from sketching. As you can see in the image on the right, I sketched many various layouts to find the layout that enables me to fit all the elements in one poster. Below the sketch, there are a few experimentations in inDesign.
I created a low-fidelity of wireframe for the website using Adobe XD. I incorporated some images in a way that breaks the grid system to make the design more dynamic and visually appealing. 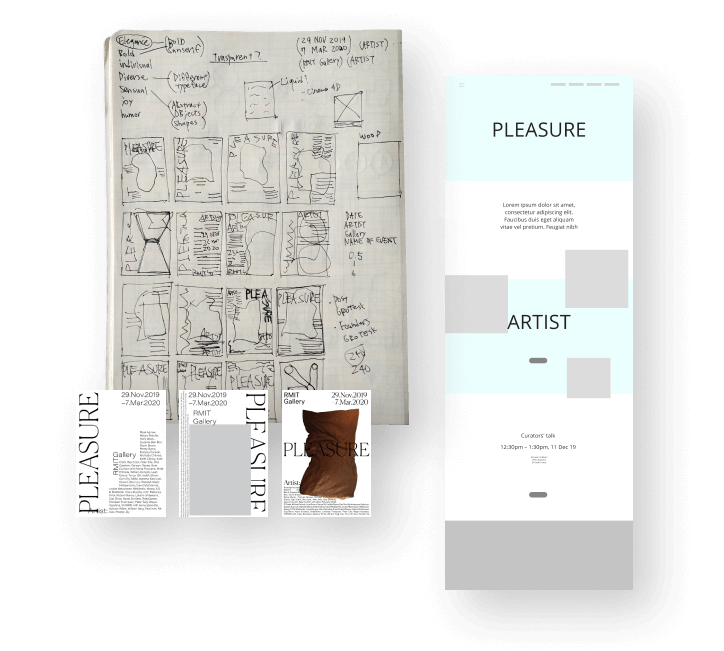 I chose Canela typeface for its elegance and modern yet classic look. I especially admire the sharp flaring at the ends of the strokes. The typeface gives a confident attitude to the design as well as it matches with the characteristic of this exhibition.

No items found.
View All Projects